skip to main | skip to sidebar

ANIMALS SAVE THE PLANET 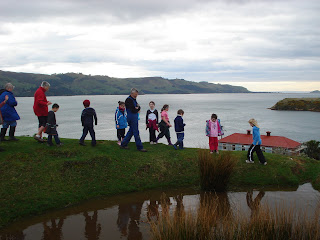 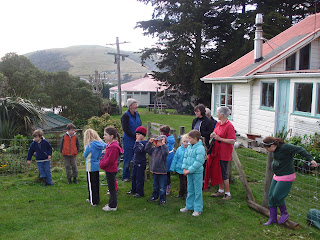 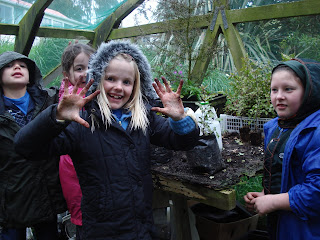 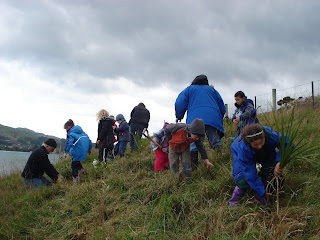 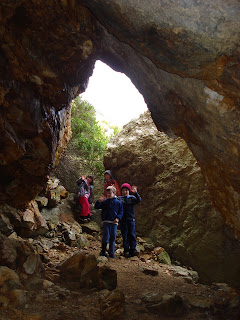 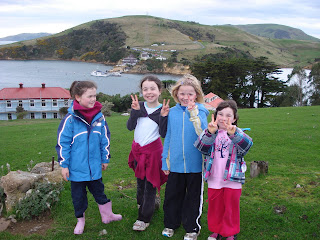 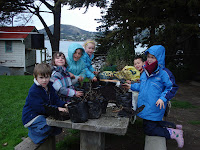 The Envirogroup children were invited to Quarantine Island on Tuesday, to help with the St Martin Island Community planting project, to restore ecosystems and improve the habitat for wildlife. The day began with an exciting ride on a boat and the discovery of two ship-wrecks on the island.  First we walked on the island trails amongst spectacular views over the peninsula and near Port Chalmers. We explored a dramatic cave and discovered little bays hidden from view.

Our Envirogroup planted hardy trees such as Ngaio, Cabbage trees, Whitey Wood and flaxes among others on the harsh, windy and sloping edges of the island. We felt proud that we had helped in the beginning stages of a new habitat.  Once these tough trees become established they would begin to soften the destructive power of the winds and saltwater spray and provide shelter for more fragile trees and wildlife in micro-climates.  Many hands made light work and our efforts were rewarded with a hot chocolate in the old, historic lodge, while Ken Mason told us a real pirate story.   He is a retired teacher and he taught our Macandrew Bay School World Savers the best ways to plant trees and re-pot little seedlings.

We had contributed to the St Martin Island Community’s dream, to rebuild ecosystems and create a better environment for the wildlife. We know we are guardians of the land and we want to help look after it.  Thank you to the parent volunteers and the Envirogroup children who made this trip possible.
Posted by Macandrew Bay School World Savers at 1:57 AM No comments: 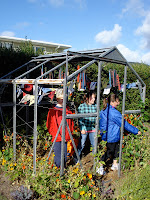 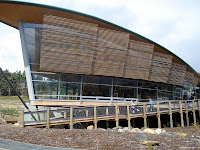 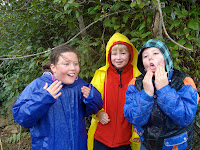 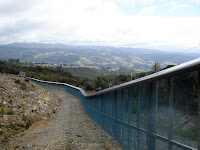 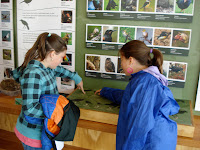 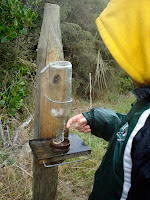 Liam Hewson, Zoe, and Britten Clarke went on an Enviroschools Hui at Orokonui Ecosanctuary.  The focus for the day was Ecological Buildings.  That means a building which works in harmony with the water and land around it, that can harness the energy from the sun and which enriches the lives of creatures, plants and people. We were inspired by the schools that shared their work on Eco Huts.  We also went to Purakanui School to see their hut that encouraged life to grow amongst it and to enjoy its presence.
We braved the wind, rain and hail to visit the birds' habitat and examine their feeding stations. It was a very interesting day where we met super people from other Enviroschools and we heard about their fantastic Enviro-projects.  We felt so inspired.
Posted by Macandrew Bay School World Savers at 8:48 PM No comments: 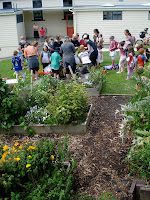 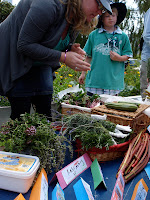 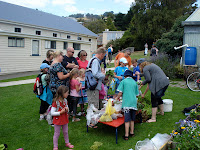 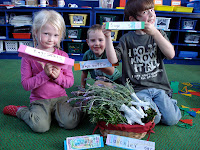 At the beginning of Term 1 2010 we harvested our crops that had grown over the summer holidays.  We sold our vegetable produce in a Children's Vegetable Farmers Market.  We sold Maori potatoes and courgettes, new potatoes and lots of leafy lettuces.  Everyone was delighted.  We hope to buy a wheel barrow with the money we raised.
Posted by Macandrew Bay School World Savers at 8:53 PM No comments: 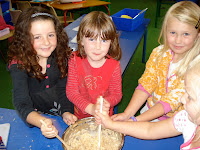 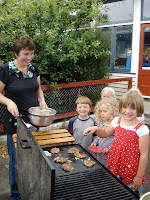 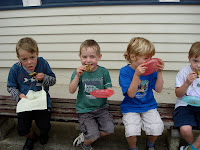 We had lots of courgettes in our school garden that needed eating up, so last Friday Room 5 made some delicious Courgette and Corn Fritters. Room 5 enjoyed the help of Amanda Brown, Denise, and Shona. Some of the fritters were made with potato too. It was so yummy!
Posted by Macandrew Bay School World Savers at 8:55 PM No comments: 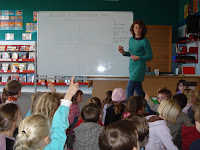 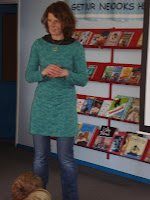 Davina visited our school on the 8 June, to tell us about some Enviro-Heroes.  She told us about David de Rothschild who made a yacht out of plastic bottles.  He was inventive and he thought of a new way to use old plastic bottles.
Davina also told us about Kamo High School in Whangarei, who were the first school in the world to create a Marine Reserve.
Another hero is Sophie Smith.  When she was 10 years old, she wrote a letter to a conservation group telling them about the endangered Takahe bird and that they needed help to save them.  Mitre 10 heard about Sophie and her letter, and so they gave $200,000 to help save the Takahe.
Davina also told us about Susan Smirk who went to Otago Girls High School.  Susan won a competition for her documentary video about eels.  Her Prize was to go to Greenland.  Jinty MacTavish filmed their trip to Greenland and it's environment and she also won a prize for her film.
Davina taught us that heroes identify a problem, they think about different ways to solve the problem, they choose a way to take action and they reflect on their actions like, telling others about it.  She helped us to know that anyone can become a hero for the environment.
Posted by Macandrew Bay School World Savers at 11:56 PM No comments: 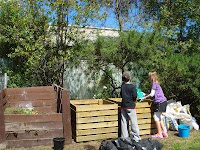 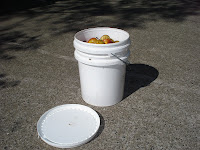 We have 3 garden compost bins near our gardens.  Every classroom and the staffroom have compost buckets in them, where children and teachers can throw away their food scraps. Every Friday the enviro-group, World Savers, empty this food waste into the garden compost heaps.  We have fun cleaning out the buckets!  The scraps are covered by garden rubbish or dirt or leaves to keep the pests away.  The food rots down into beautiful, healthy soil.  Then we can spread the rich soil around our plants to feed them.
Posted by Macandrew Bay School World Savers at 2:47 AM No comments:

This is special to Macandrew Bay School
1. We pick up rubbish when we see it and we put it where it belongs.
2. We are careful not to create too much rubbish.
3. We are careful not to waste things.
4. We save power.
5. We turn off the taps properly and use water carefully.
6. We grow healthy food so we can be healthy and strong.
7. We play safely and look after ourselves and others.
8. We care for our environment.
9. We care for each other in our community.
10. We care about our future and the future of the world.

On the re-usable bags website, you can click on Learn More and then click on Waste-Free Lunches to find out exciting ways to stop creating lunch rubbish.